1.The President’s Message
2.New or Newly-Expanding Victorian Studies Groups in the Ontario Area

Where did September go? It seems that each year, it becomes a little shorter, but this fall, for some reason, September was particularly fleeting. Could it be because our summer weather actually arrived with the beginning of the academic year, so that every warm afternoon reminded me of the summer we didn’t actually have? But never mind. Now that October’s colours and cooler weather have arrived, we can embrace the autumn and settle down to our studies.

This year, the VSAO will present several events.  Planning discussions are underway for our annual conference and meeting, to be held in April 2009.  For that event, we are trying a change of scenery and will be hosting the conference at Glendon College, York University’s downtown campus. Despite a different location, the conference format will remain unchanged, and will include a morning panel, two plenary speakers in the afternoon, along with a hot lunch and, of course, sherry hour.  In addition, the VSAO will also host two evening lectures, one this fall and a second during the winter.  Our first evening talk is scheduled for October 22; please see the newsletter for details. Also note that the evening lectures will remain at Victoria College, on the campus of the University of Toronto, and are free to VSAO members and the general public. As always, we love to hear of VSAO talks outside of the Toronto area, so please notify us of any events planned for the fall or winter. I look forward to another season with the VSAO, and hope to see you in the coming months. 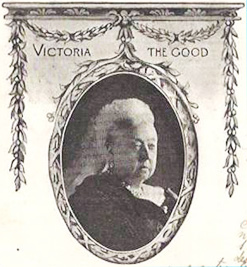 New or Newly-Expanding Studies Groups in the Ontario Area

Capitalizing on York’s history as a centre of excellence in Victorian studies that began with York’s initiation of the Victorian Studies Association of Ontario in 1967, several faculty from the departments of Art, English, Humanities, and Political Science have established the Victorian Studies Network at York.  The Network is designed to introduce faculty and graduate students from different departments and thus facilitate interdisciplinary research by sharing the wide range of cross-campus expertise at York.

The Network’s inaugural event, a Symposium on “Victorian Research Possibilities,” will take place on 17 October 2008, and will feature talks by scholars from English, Fine Art, Humanities, Library Sciences, and Science and Technology Studies. For more information, please contact Tina Choi or David Latham.

The Victorian Studies Research Group brings together Victorianists from throughout the upstate NY/southern Ontario region to discuss pre-circulated work in progress. We ordinarily meet once a semester for a day-long workshop. Essays work-shopped in the Group have been published in such journals as PMLA, Novel, and ELH. Rachel Ablow (U at Buffalo, SUNY) and Claudia Klaver (Syracuse U) began the group in 2002 with a half dozen interested faculty.  Since then, we have grown to include almost thirty faculty members from colleges and universities throughout the region.

Until recently our meetings alternated between Rochester and Syracuse, but we’ve recently expanded to include Buffalo as well.  The VSRG welcomes faculty members from all area institutions. If you would like to know more about the group or if you would like to be put on our mailing list, please contact Rachel Ablow or Claudia Klaver .

The Long-Nineteenth Century Reading Group was begun in Spring 2008 to discuss matters of interest to researchers in the long-nineteenth century who live in the Ottawa area. The group alternates between reading primary and secondary texts. The primary texts focus on works that are currently under-read but that were important or popular when they were first published. The secondary texts focus on recent critical works that are significant, in one way or another, to the field of the long-nineteenth century broadly conceived. The next meeting is Thursday 23 October at 7pm. Edwin A. Abbott’s Flatland: A Romance of Many Dimensions (1884) will be discussed. Please contact Barbara Leckie for more details.

“The Absent Site of Memory: The Cawnpore Memorial Well, Empire Pilgrimage
and the Commemoration of the 1857 Indian Mutiny”

Abstract: This paper considers the central place of the Cawnpore massacres that occurred during the rebellion against British rule in India in 1857 in subsequent British private and public remembrance of the British presence in India.  It examines the contested nature of the memorial that was erected to commemorate the event, the extent and nature of the consequent pilgrimage to the site, and the extra-ordinary decision of the British upon returning sovereignty to the Indian people, to completely efface a site once regarded as “the most sacred spot in the empire.”

VSAO/ACCUTE Joint Session
Congress of the Humanities and Social Sciences
Carleton University, Ottawa, ON
May 23 – 31, 2009

The Victorian Studies Association of Ontario (VSAO) and the Association of Canadian College and University Teachers of English (ACCUTE) invite papers for a jointly sponsored session on “Looking Backward: Victorian Futures.”

If the Victorians were looking backward from an imagined future in order to make sense of their present, then it is worth asking why so many of us are looking backward to an imagined past in order to see our present—and our future.  In the spirit of trans-historical discourse embodied in steampunk and other varieties of neo-Victorianism, this panel proposes to explore Victorian futures, past and present.

Papers may address topics such as:

We welcome proposals from all disciplines.  Presenters must be members of the VSAO, VSAWC, or ACCUTE.  Completed papers should be no longer than 10-12 double-spaced pages.

Please send electronic copies of proposals (500-700 words), the completed submitter’s Information Sheet, plus a 100-word abstract and 50-word bio-bibliographical sketch (three files in all) to Prof. Christine Bolus-Reichert by November 15, 2008.