1. Outgoing President’s Message
2. Panels of Interest to Victorianists at Congress 2015

The 48th annual conference of the VSAO, entitled “Race, Place, and Perspective in the Victorian Period,” was held at York University’s Glendon Campus on April 25th, 2015. We had an exciting, interdisciplinary line-up of talks that ranged across the empire and beyond, and from the early Victorian period to the effect of Victorian legacies on literature today.

Our first speaker was Dr. Victor Shea, Associate Professor of English and Humanities at York University. His talk, “‘Historical Research and Antiquarian Lore’: Translatio Imperii et Studii: Race and Place in the Empress of India Debates (1876),” considered debate in parliament and the popular press over the addition of “Empress” to Queen Victoria’s title. Against the term’s associations of Oriental despotism, Napoleon, and the Ottoman Empire, Disraeli’s speech on the bill used the ancient topos of the translation of power and learning to conjure up a symbolic coherence of crown and people transcending race, geography, and history. Dr. Shea situated Disraeli’s arguments (which were vigorously attacked, although the bill passed with a conservative majority) in their textual and visual cultural contexts. Our second speaker was Bassam Chiblak, a first-year PhD candidate in English at the University of Victoria. His talk, “W. M. Thackeray and F. Walker’s The Adventures of Philip as Unionist Propaganda in Harper’s,” explored the seeming paradox of Thackeray’s racist tale appearing in a pro-Unionist journal at the onset of the Civil War. Looking closely at Frederick Walker’s illustration “Hand in Glove,” which portrays the eponymous Philip and his rival, the Afro-Caribbean Captain Woolcomb, very similarly, Chiblak proposed that it encouraged readers to question Philip’s racist characterisations of Woolcomb and that, in its paratextual and visual cultural context, the illustration suggested that Americans of African and European descent were brothers. Dr. Winnie Chan, Associate Professor at Virginia Commonwealth University, gave the final talk of the morning, “Eminent Victorians, Neo-Slave Narratives, and British Heritage.” Dr. Chan’s paper considered recent neo-slave narratives by British authors of Caribbean and African heritage in light of the 2007 centenary of the abolition of the slave trade act. Rather than affirming the patriotic narrative of the British people’s moral conversion to abolitionism and eventual emancipation of the enslaved, novels like Laura Fish’s Strange Music (2008), a polyphonic composition which places Elizabeth Barrett’s “The Runaway Slave at Pilgrim’s Point” in the context of her family’s Jamaican holdings and interracial relationships, challenge that narrative and complicate what it means to be British today. 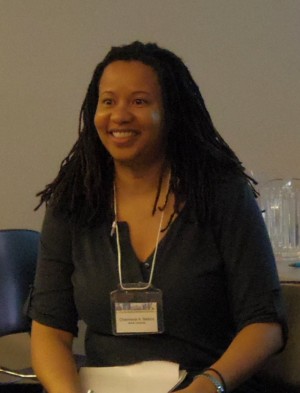 In the afternoon our first keynote speaker was Dr. Charmaine Nelson, Associate Professor in the Department of Art History and Communication Studies at McGill University. Her talk, “James Hakewill, Joseph Kidd, and Isaac Belisario: Representing Jamaica from Slavery to Apprenticeship,” looked at representations of the Jamaican landscape and people under slavery and during the Apprenticeship period. James Hakewill’s A Picturesque Tour of the Island of Jamaica (1825) offered pastoral visions of sugar cane plantations that erased the labour and surveillance of the enslaved workers, presenting them as insignificant and idle staffage. Dr. Nelson argued that this was a plantation-owner-driven response to the 1807 abolition of the slave trade, an effort to sanitize the violent reality of colonialism. She compellingly demonstrated how post-emancipation illustrative projects from the beginning of Victoria’s reign like Isaac Belisario’s Sketches of Character (1837–38) and Joseph Kidd’s Illustrations of Jamaica (1838–40) were informed by fears of uprising founded on the 1831 rebellion and the island’s long history of revolt. 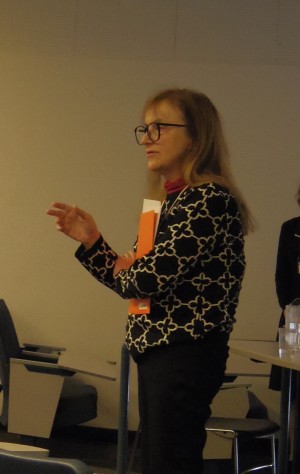 Our second keynote speaker was Dr. Susan Casteras, Professor of Art History at the University of Washington and previously curator of paintings at the Yale Center for British Art. Her paper, “Seeing America Through a Victorian Lens: British Constructions of Slavery and ‘That Accursed System,’” examined British representations of American slavery from the mid-Victorian period by Eyre Crowe, James Lefevre Cranstone, Barbara Leigh Smith Bodichon, Joseph Noel Paton, William Bromley, Richard Ansdell, and William Gale, among others. Dr. Casteras discussed the main themes of these works, including the auction block, doomed escapes, degraded female victims, interracial unions, and emancipation, and argued that the images largely worked to reinforce a sense of British moral superiority, frequently displaying a disturbing emotional attachment and, in some cases, a downplaying of violence of white abusers and of the agency of black figures. Dr. Casteras’s keynote drew together many of the threads from the other talks, and we ended the day with an enriched understanding of the stakes of the varied strategies used to represent, misrepresent, or avoid representing race in the Victorian period (whether a title, an illustration, a painting, or a novel is at issue), and the legacy those representations have today.

At the annual business meeting we elected the VSAO’s next President, Dr. Tina Choi, Associate Professor of English at York University. Her interdisciplinary research interests include the Victorian novel, 19th-century conceptions of the city, representations of the body, and medical narratives. I’m sure you all join me in welcoming this truly versatile scholar to the helm. We also elected Dr. Suzanne Bailey, Associate Professor in the Department of English Literature at Trent University, to the VSAO Executive as a Member-at-Large. I would like to thank all the speakers and attendees of the conference for making it such a stimulating event. I’d also like to thank everyone for giving me the opportunity to serve as President for the last two years. I wish you all a wonderful summer and look forward to seeing you at next year’s talks and conference.

Panels of Interest to Victorianists at Congress 2015,
University of Ottawa

All are cordially invited to the VSAO-organized panel for the upcoming ACCUTE conference in Ottawa. Please encourage friends and colleagues to attend!

The following list of additional panels of interest to our members has been assembled by executive members-at-large, Katherine Magyarody and Noa Reich. A full, searchable program is available at: http://accute.ca/accute-conference/2015program/.