1. President’s Message
2. Panels of Interest to Victorianists at Congress 2014

President’s Message and Summary of the 2014 VSAO Conference

The 47th annual conference of the VSAO, entitled “Too Little, Too Late: Decadence and Incompleteness in the Victorian Era,” was held at York University’s Glendon Campus on April 26th, 2014. The executive invited participants to consider the conference theme in broad and imaginative ways, and the day’s talks covered topics ranging from procrastination, inattention, and unfinished projects to ornament and artifice.

Alison Chapman, a PhD student at Harvard University, was the first presenter in the morning session. Her talk “Ornament and ‘Bad Form’: The Aesthetics of Inattention in the Victorian Novel” examined hitherto largely ignored Victorian decorative “backgrounds,” both in visual culture (Morris wallpapers, for example) and prose. Using Meredith’s Egoist as her primary example, she argued that ornamental backgrounds solicit a diffuse rather than focused attention, a non-instrumentalist kind of perception that enables the creative imagination of both readers/viewers and characters. The second paper of the morning, “Belated Distraction: Sensational Poetics, the Machinery of Attention, and Wilkie Collins’s 1860s Novels,” was given by Aaron Donachuk, a PhD candidate at the University of Toronto. The Woman in White, published in 1860, is absorptive in style, while The Moonstone, published in 1868, is distractive (in its wandering narration). While the novels’ publication dates might suggest the author’s stylistic evolution, Donachuk argued that, on the contrary, Collins was belatedly attempting to chart what he perceived as a historical change in perception. The Moonstone’s model of distracted attention is connected to the historical moment of its setting—the politically fraught year of 1848. The Woman in White, on the other hand, is set just before the 1851 Great Exhibition, and instead presents a fully attentive, driven, almost mechanical model of perception suited to a newly industrialized British worldview. The last presentation of the morning was given by Dr. Leslie Allin, who recently received her PhD from the University of Guelph. Titled “‘It is inexplicable, this delay’: News, Penetration, and Prowess in Gordon’s Khartoum Journals,” the talk explored the significance of delay and deferral not only to the besieged fort of Khartoum and its inhabitants, but also to the image of imperial masculinity. Gordon’s Khartoum journals reveal that slowness to act on the part of the British resulted in a range of physical as well as ideological “penetrations” into the city, revealing the lack of British control over its geographical, political, and informational domains. 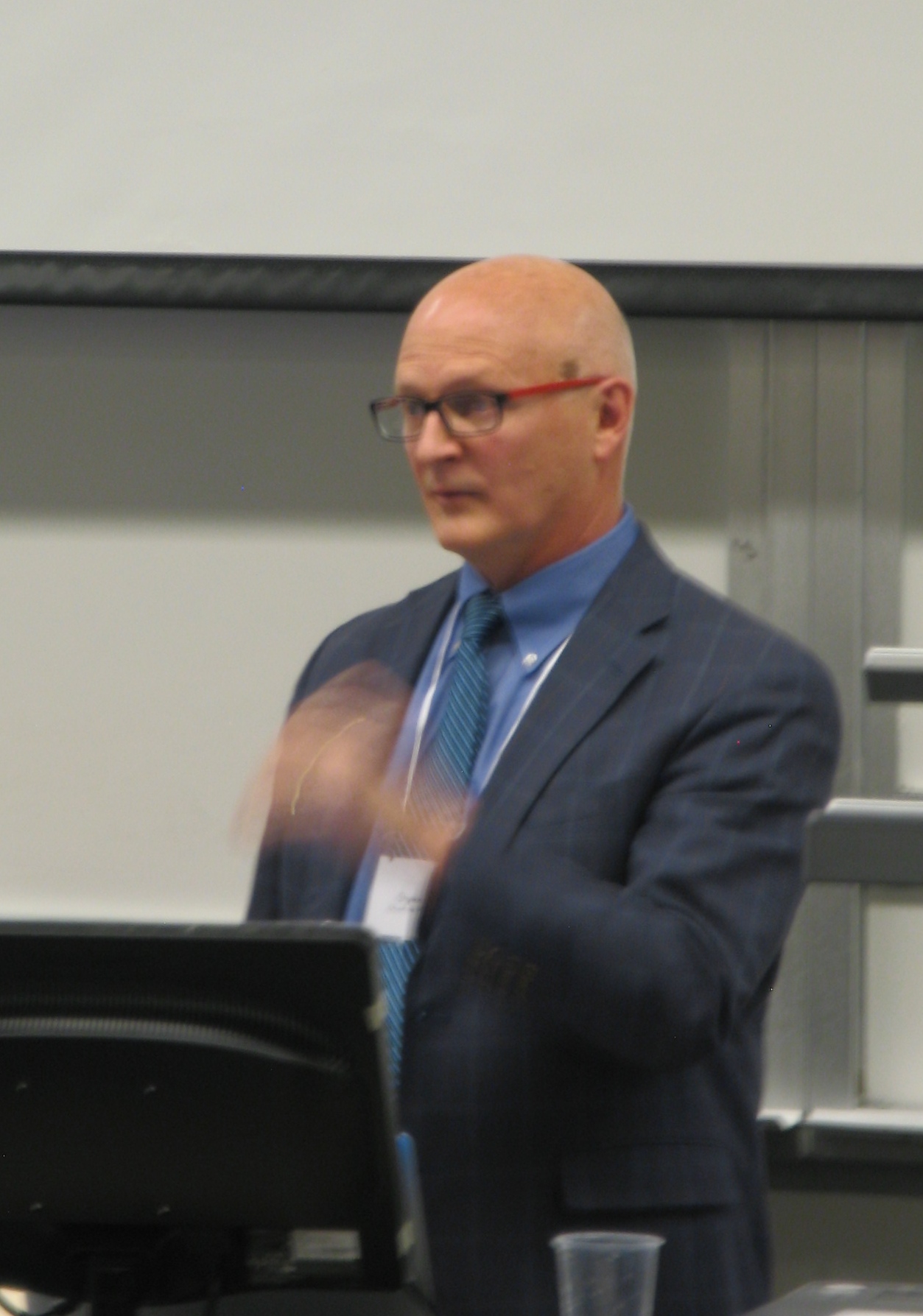 the afternoon. He began his talk “Decadent Form” by noting the seeming tension between Victorian characterisations of decadence as simultaneously ill-formed and ultra-formalist, and went on to consider the protean signification of the term “form” vis-à-vis the work of a range of 19th-century authors, including Eliot, Flaubert, Gauthier, James, and Scott. To consider the “form” of a Victorian novel is a difficult if not impossible task; it is to apprehend spatially something that unfolds temporally. Indeed, Arata asked, is our faith that literary form exists justified? Is form perhaps only a desired phantasm? James’s “The Figure in the Carpet” suggests that the answer is yes, and that the stakes in the quest for form are (too) high: in the story, the perception of form is presented as akin to a longed-for sexual consummation, one that is inevitably fatal. The second keynote address was given by Professor Barbara Leckie of Carleton University and analysed what is perhaps an 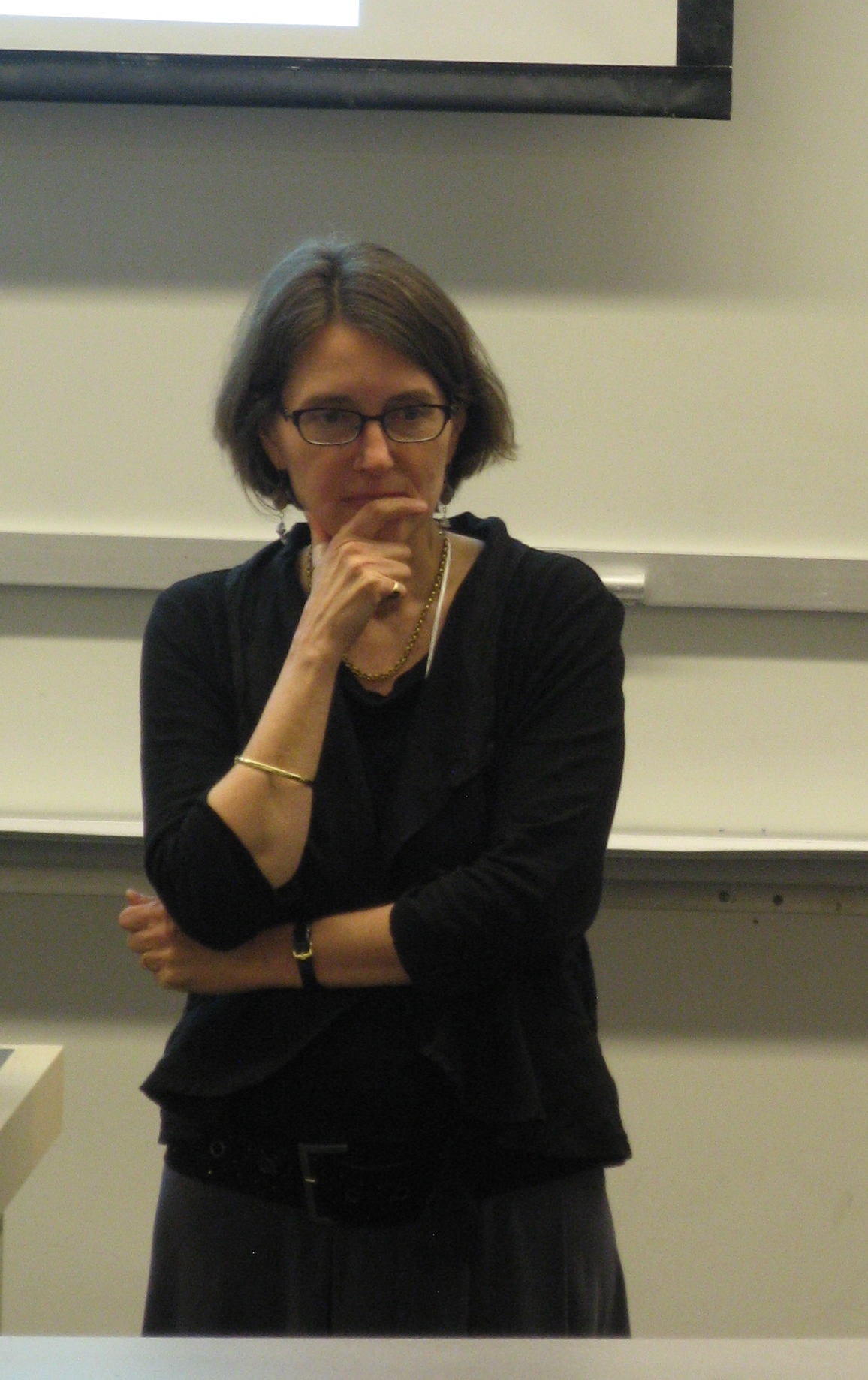 equally dangerous scholarly habit. “Unfinished: Casaubon’s Key to All Mythologies; Or, Middlemarch as a Primer on Procrastination in Ten Easy Lessons (with apologies to Eliot for turning her novel into a self-help book)” was the appropriately drawn out title of Leckie’s humorous and helpful presentation. Arguing that Dorothea is complicit in the deferral of fixing the workers’ cottages, and citing Eliot’s acknowledgements of self-delay, Leckie suggested that author and protagonist have more in common with Casaubon than is generally acknowledged. She then explained the ten “procrastination lessons” Eliot offers us, including “Be wary of aspiring to greatness” and “Be wary of self-constructed delays and distractions.” Armed with Eliot’s implicit advice, those who attended the conference can surely look forward to a productive year!

The day’s talks were fascinating and had many productive points of intersection. Conversation with the speakers extended beyond the allotted Q&A time into lunch and, of course, the afternoon sherry hour. At the annual business meeting we said farewell and thank you to two out-going members at large, Letitia Henville and Beth Martin. And we welcomed, via unanimous election, three new members at large: Margo Beggs, Katherine Magyarody, and Noa Reich. In light of the success of our fall 2013 Spadina House excursion, we agreed to organise another combined lecture/field trip in the upcoming year. I’d like to wrap up this lengthy message by thanking all the conference participants, whose engaging presentations and questions made the event so lively and intellectually stimulating.

Panels of Interest to Victorianists at Congress 2014,
Brock University

Location: East Academic 104
Organizers: Letitia Henville (U of Toronto) and Beth Martin (U of Toronto)
Chair: Erin Piotrowski (U of Toronto)
Erin Atchison (Independent Scholar) “To buy an immense quantity of everything: Finding a theory for fashion and the consumer in Elizabeth Stoddard’s The Morgesons”
Jo Devereux (Western U) “[Un]winding the Skein: Henrietta Rae, Frederic Leighton, and the Undraped Nude”
Jennifer Judge (York U) “Dickens’s Contentious Stuffing: Juvenalian Satire in Our Mutual Friend”

This panel has been organized and sponsored by the VSAO executive.  All are invited to attend.

The following additional panels at Congress 2014 may also be of interest to Victorianists. Please confirm time and location details in the final programs; location details not yet available for all panels. Individual organization programs can be accessed through the Congress website: http://congress2014.ca/

SATURDAY, 24 MAY
10:30-12:00
2C – The Senses in Victorian Literature – East Academic 104
Organizer and Chair: Ann Gagné (Seneca C)
Janice Schroeder (Carleton U) “Sounding It Out: Voice and Language in the Victorian Schoolroom”
Nahmi Lee (Western U) “Educational Insights: The Institutionalized Gaze and a Politics of Vision in Charlotte Brontë’s Villette”
Erin Piotrowski (U of Toronto) “In Touch: Charles Dickens’ Tactile Aesthetics”

SUNDAY, 25 MAY
8:45-10:15
1A – Joint Session with the North American Victorian Studies Association (NAVSA): Victorian Uses and Abuses of History I – East Academic 101
Organizer and Chair: Martin Danahay (Brock U)
Kate Katigbak (U of Durham) “‘Mythistory’, and the cultivation of Industrial Revolution historiography in Engels’ The Condition of the Working Class in England”
Mike Lesiuk (U of Waterloo) “Interpretation and History in Dickens and Benjamin”
Lisa Surridge and Mary Elizabeth Leighton (U of Victoria) “Visualizing Histories in A Tale of Two Cities: The Use of Historical Illustration in Transatlantic Versions of Dickens’ Serial Novel”
Deborah Denenholz Morse (C of William and Mary) “History, Modernity, and the Liberal Self in Anthony Trollope’s The Way We Live Now”

TUESDAY, 27 MAY
8:45-10:15
1A – Joint Session with the Victorian Studies Association of Western Canada (VSAWC): Victorian Boundaries: Crossings and Passings – East Academic 101
Organizer and Chair: Daniel Martin (Wilfrid Laurier U, Brantford)
Elissa Gurman (U of Toronto) “Boundaries of Genre and the Self: Realism and Romance in George Eliot’s The Mill on the Floss”
Alison Hedley (Ryerson U) “Vulnerable Boundaries and Mutating Ontologies in Rachilde’s Monsieur Venus and Corelli’s Wormwood”
Susan Hroncek (Wilfrid Laurier U) “Practical Magic: Scientific and Occult Boundaries in The Strange Case of Dr. Jekyll and Mr. Hyde and The Beetle”

10:30-12:00
2A – Bodily States – East Academic 101
Leslie Allin (U of Guelph) “Rethinking Imperial Masculinity during the Anglo-Zulu War”
Benjamin Authers (Australian National U) “‘The Things He Might Do’: Legal Rights, Observable Bodies, and HG Wells’s The Invisible Man”
Alicia Robinet (Western U) “‘As Once Beneath Egyptian Suns, the Canadians on the Nile’: Narrating the Nile Expedition”

2C – Joint Session with the North American Victorian Studies Association (NAVSA): Neo-Victorian Uses and Abuses of History – East Academic 104
Organizer and Chair: Martin Danahay (Brock U)
Alison Halsall (York U) “Expropriating the Victorians: Alan Moore’s Commodification of Victoriana in Comics Culture”
Ann Howey (Brock U) “The Mystery of History: Connie Willis’ To Say Nothing of the Dog as Neo-Victorian Fiction”
Nicole Burkholder-Mosco (Lock Haven U) “Monsters and Mashups: Appropriating the ‘Other’ into Neo-Victorian Texts”

WEDNESDAY, 28 MAY
The Canadian Historical Association
1:45-3:15
109. The Bonds of Family and Boundaries of Empire in Nineteenth-Century Canada – location TBA
Facilitator: Ryan Eyford (University of Winnipeg)
Erin Millions (University of Manitoba): “Give my love to all my friends, my Mamma and Papa”: Fur Trade Children, Schooling and Imperial Networks, 1850s-1870s
Krista Barclay (University of Manitoba): “Their favorite roasting place”: Hudson’s Bay Company Families in Canada West
Jarett Henderson (Mount Royal University): “Mama, Emily, & I went with Papa to the H of Lords”: the Gendered, Familial, and Political Dynamics of Settler Self-Government in British North America, 1839-1854