Please save the date for our winter VSAO Evening Lecture! We are so pleased that long-time VSAO member Professor Martin Danahay (Brock University) will be speaking about “Arts and Crafts as a Brand” on Thursday 12 March 2020, 6:30 pm. Room 1210, Bahen Centre, University of Toronto.

Here is the abstract for his upcoming talk:

Arts and Crafts designs, especially prints designed by William Morris, have been adopted by contemporary companies, most notable by H & M in their “Morris & Co x H& M” line of clothing. The H & M web site refers to the “Arts and Crafts brand” which raises the question whether this term can legitimately be applied to the original nineteenth-century movement. Was Arts and Crafts a “brand”? If so, how does Morris’s political agenda coincide or conflict with the idea of a “brand”? And what happens to the political aspects of Arts and Crafts when original Morris designs are repurposed as shirts? Finally, is there an indissoluble connection between and arts and crafts design and politics? 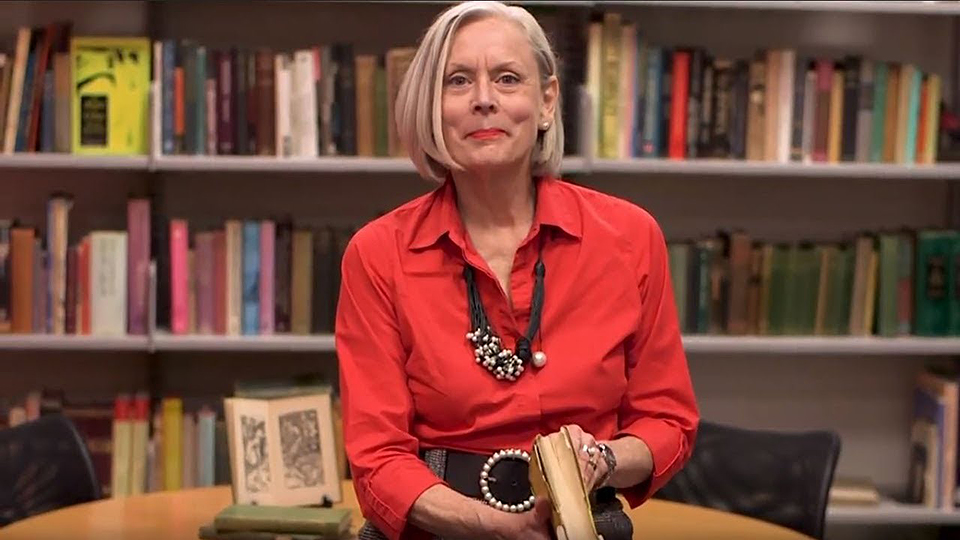 David Bentley (Western University)
The ‘Old Italian Book,’ that, According to Dante Gabriel Rossetti, Made Him ‘the Particular Kind of Man and Artist He [Was]’

The Bahen Centre for Information Technology is located at 40 St. George Street, on the southern side of the University of Toronto campus.
Click here for a map or streetview.

–> VSAO members receive a discounted ticket price of $15, online or in person at the event (use the code “VSAO”).

* This lecture co-sponsored by the VSAO.* 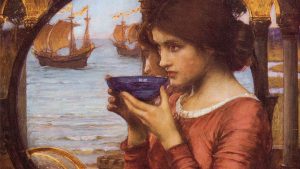 There is a wealth of information to be gleaned by deciphering ceramics in Victorian art and literature. This richly illustrated presentation shows that English Genre, Pre-Raphaelite and Aesthetic artists, as well as novelists Charles Dickens, Charlotte Brontë, George Eliot, and Anthony Trollope charged their pottery and porcelain with deep metaphorical meanings to heighten the narrative for the public to interpret. Crockery in the cupboard, on the mantel, the table or the floor represented popular motifs exemplifying topical issues touching upon hygiene, faith, temperance and etiquette. Broken and empty vessels stood for despair, neglect, and personified ‘fallen’ women; or alternatively platters and cups filled with food, drink and flowers signified happiness and domesticity. Specific objects, especially jugs were coded by color, size, form and location to demarcate gender and virtue, while the ubiquitous blue willow plate ignited the social divisions of the time: on the one hand serving as a lightening rod of bad taste and lower class and on the one hand embodying national pride of English manufacturing, nostalgia and domesticity, only to be embraced and adopted in the mania for blue-and-white china. This talk explains how depictions of ceramics played a central role moralizing and decorating Victorian society.

Rebecca Woods (Institute for the Philosophy and History of Science, University of Toronto):

This paper will tell the story of cold’s transformation from natural fact to artificial technology during the nineteenth century, beginning with the emergence of a prehistoric mammoth from the Siberian permafrost at the close of the eighteenth century. The bones of this animal played a role in formulating theories of evolution at the turn of the nineteenth century, and later it came to serve a rhetorical purpose as novel articles of food, namely frozen meat, were introduced to British consumers in the nineteenth century. Wary of ingesting meat that had been dead for several months or more, boosters drew upon the Siberian mammoth, frozen for thousands of years before being safely ingested by Inuit dogs, to assuage the misgivings of skeptical diners. The mammoth thus speaks to humankind’s quest for control over the natural world; to the importance of literal and figurative networks of imperial exchange; and to the technoscientific production of artificial cold in the mid to late nineteenth century.

Natalie Neill specializes in Romantic literature, the gothic, popular fiction, and film. She has published articles on film adaptation, gothic parody, and Romantic poetry, among other topics, and has edited two 19th-century comic gothic novels—The Hero and Love and Horror—for Valancourt Press. She is working on a book about readers in and of first-wave gothic novels.

Kate Lawson (University of Waterloo), “The Brontes and Influence; or, Literary History in the Dining Room.”

Professor Latham is Editor of The Journal of Pre-Raphaelite Studies and a member of the faculty in the Department of English at York University.

*Koffler House sits in the northeast quadrant of the Spadina Crescent, and is marked “KP” on the University of Toronto campus map (click to open map).

Professors David and Wahl are members of the faculty at the School of Fashion at Ryerson University.

Erin Atchison (Independent Scholar): “To Buy an Immense Quantity of Everything: Finding a Theory for Fashion and the Consumer in Elizabeth Stoddard’s The Morgesons”

This panel has been organized and sponsored by the VSAO executive.  All are invited to attend.

Charles Darwin, a great leveler, articulates a radical ontology in On the Origin of Species (1859). His evolutionary theory offers an integrated overview of world becomings and postulates the fundamental inter-relations among all entities, past and present, regardless of their apparent diversity. All derive from and are indebted to the long work of time and nature. Richard Wagner, in contrast with Darwin, has often been accused of promulgating a racist, hierarchical, and even totalitarian perspective through his art. His Ring of the Nibelung, in particular, has drawn the ire of critics from the nineteenth-century forward (including Nietzsche, Heidegger, Adorno, and Lacoue-Labarthe). Yet the Ring repeatedly undermines its manifest hierarchies, forging surprising dramatic and musical connections between lofty and abased species, both of which prove obliged to the natural world.

Grace Kehler is Associate Professor of English and Cultural Studies at McMaster University.

Daniel Wright on “Symbolic Logic and the Buried Life.”

Daniel Wright is Assistant Professor of English at the University of Toronto. He is currently at work on a book entitled Bad Logic: Reasoning about Desire in the Victorian Novel. A portion of this project, on tautology in Trollope, is forthcoming in the Winter 2013 issue of ELH.

Following Daniel’s talk, we’ll enjoy a private tour of the Spadina Museum, a Victorian home that has recently been restored to reflect 1920s and 30s interior design. For more on the Spadina Museum and its restoration, please see:http://www.toronto.ca/culture/museums/spadina_restoration/index.htm

Please check this page later or become a VSAO member for further information about these and other upcoming events.