After a rainy cool summer across Ontario we now begin the start of a new year, our 43rd, for the Victorian Studies Association of Ontario.

Several talks and panels have been planned for the coming year. The VSAO is co-organizing a panel on “Victorian Systems and Standardization” with the Association of Canadian College and University Teachers of English for the 2010 Congress in Montreal at Concordia University (please see page 4 for further details). In addition, please watch this website for postings on upcoming Evening Lectures. There will be two lectures in the Toronto area and lectures are also planned for Nipissing and Ottawa. I also encourage any VSAO member who would like to plan a lecture to contact the executive so that we may put a notice on the VSAO website.

After the success of the Glendon College location for our annual conference last year, we have elected to hold this year’s conference, Victorian Cultural Icons and Iconography, Then and Now, on the Glendon campus again in 2010. Kate Flint and Bernard Lightman will be our plenary speakers. Kate Flint will discuss Victorian costume, photographic styles, poses, and well-known photographs. Bernard Lightman will discuss biographies of Charles Darwin before 1900, when Darwin’s image as cultural icon was being formulated and contested. The program promises to be exciting and stimulating; we look forward to seeing you there (please see page 3 for further details).

In addition to promoting Victorian studies in Ontario, organizing talks and conferences, one of our activities has traditionally been “political lobbying in support of architectural preservation, art gallery collections, library holdings, and other community issues relevant to the interests of Victorianists.” I remind you of this facet of our association in the event that any of you are involved in such activities and would like to bring them to the attention of our membership.

I would like to close by thanking not only the executive for their speedy and thoughtful work over the summer on a range of items, but also all of you who have contributed to the vitality of this organization over the past year. As usual, responses on any aspect of our activities or suggestions for new events are most welcome.

Tea Grannys & Friends is pleased to announce its 10th season in creating Victorian tea memories.  Our tea salon is located on a working organic farm north of Newtonville, offering a unique  educational tea experience for guests. This autumn tea event “Steeped in Victorian Tradition” will commemorate this very special milestone of ten years in business. To celebrate this auspicious occasion, we have invited Queen Victoria and her ladies-in-waiting. 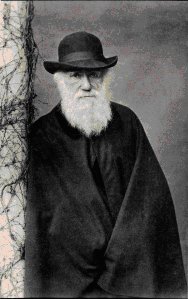 York University Call for Papers:Victorian Cultural Icons and Iconography, Then and Now

The VSAO will hold its 43rd annual conference at the beautiful Glendon Campus of York University, Toronto on 24 April 2010. This one-day event includes a morning panel of three speakers, followed by lunch, the VSAO business meeting and two plenary speakers in the afternoon.

Bernard Lightman
Division of Humanities, York University
The Many Lives of Charles Darwin: Biographies
and the Definitive Evolutionist

*new iconographies; the way they developed in the Victorian period; and/or the way they continue to signify today. Examples may include but are not limited to: visual art; photography; architecture; geography; narrative; genre; monuments; power; empire; race; class; combat; urban developments, and so on.

Iconography: 1. the set of symbols or images used in a particular field of activity, for example, music or the movies, and recognized by people as having a particular meaning. 2. the symbols and images used conventionally in a genre of painting, or the study and interpretation of these symbols and images. 3. the collection, description, or study of images of somebody or something specific

Cultural Icon: 1. A cultural icon can be an image, a symbol, a logo, picture, name, face, person, or building or other image that is readily recognized, and generally represents an object or concept with great cultural significance to a wide cultural group.

In keeping with this year’s theme, Victorian Cultural Icons and Iconography, Then and Now, the VSAO executive invites abstracts for papers to be presented at our morning panel. Please send electronic copies of proposals (300-500 words) and a brief biographical statement to Barbara Leckie (barbara_leckie@carleton.ca) by 22 January 2010. Alternatively, hard copies can be sent by mail to Barbara Leckie / Department of English / Carleton University / 1125 Colonel By Drive / Ottawa, ON K1S 5B6.

Our little systems have their day…
Tennyson, In Memoriam, Prologue, st. 5

From the factory to the railway, the telegraph to the postal service, the growth of empire to the establishment of national educational curricula, the nineteenth century was marked by large-scale impositions of system, and by a concurrent emphasis on the standardization of objects, concepts, and people. This panel seeks to explore the imbrications of system and standardization throughout the Victorian era, and to examine how the concept of rationalized organization was imagined and understood by Victorians. How did the generalized abstraction inherent in the process of standardization shape the lived experience of individuals? What supra-individual needs were anticipated in the construction of various kinds of system? To what extent did the Victorians envisage a connection between systematization and knowledge production?

Papers may focus on any occurrence of system or standardization during the Victorian period, such as:
– Genre as artistic standardization
– Disciplines (scientific and otherwise)
– Domestic conventions
– Bodies in systems
– Heterodox and orthodox belief systems
– Formal and informal economies
– The aesthetics of system

We are also interested in events and ideas that were explicitly figured as resistances to system,
such as:

Following the instructions on the ACCUTE website (under Conference) for
joint association sessions, send your 700 word proposal (or 8-10 page
double-spaced paper), a 100 word abstract, a 50 word biographical statement,
and the submitter information form, to VSAOatACCUTE@gmail.com by November
15th.

Note: You must be a current ACCUTE member or a member of VSAO to submit to
this session.

Bolus-Reichert, Christine.  The Age of Eclecticism: Literature and Culture in Britain, 1815-1885.  (Columbus: Ohio State UP, 2009).
The burden of the past invoked by any discussion of eclecticism is a familiar aspect of modernity, particularly in the history of literature. The Age of Eclecticism: Literature and Culture in Britain, 1815-1885 by Christine Bolus-Reichert aims to reframe that dynamic and to place it in a much broader context by examining the rise of a manifold eclecticism in the nineteenth century. Bolus-Reichert focuses on two broad understandings of eclecticism in the period – one understood as an unreflective embrace of either conflicting beliefs or divergent historical styles, the other a mode of critical engagement that ultimately could lead to a rethinking of the contrast between creation and criticism and of the very idea of the original. She also contributes to the emerging field of transnational Victorian studies and, in doing so, finds a way to talk about a broader, post-Romantic nineteenth-century culture.
By reviving eclecticism as a critical term, Bolus-Reichert historicizes the theoretical language available to us for describing how Victorian culture functioned in order to make the terrain of Victorian scholarship international and comparative and create a place for the Victorians in the genealogy of postmodernism. The Age of Eclecticism gives Victorianists and other students of nineteenth-century literature and culture a new perspective on familiar debates that intersect in crucial ways with issues still relevant to literature in an age of multiculturalism and postmodernism.

Butlin, Susan. The Practice of Her Profession: Florence Carlyle, Canadian Painter in the Age of Impressionism (Montreal: McGill-Queen’s UP,  2009).
Florence Carlyle (1864-1923), born in Galt, Ontario, emerged as one of the most successful Canadian artists of her time. Trained in Paris, she lived and worked in New York City and in Canada, cultivating a career as a popular portrait and genre painter. In The Practice of Her Profession, Susan Butlin draws on unpublished letters and family memoirs to recount Carlyle’s personal and professional life. She explores Carlyle’s artistic influences, her relationships with artist colleagues and encounters with the cultural worlds of Paris, New York, and early twentieth-century Canada, and provides a detailed examination of Carlyle’s paintings. The Practice of Her Profession is important reading for all those interested in Canadian art and cultural history, and the history of women artists in Canada.

Henry, Nancy  and Cannon Schmitt, eds. Victorian Investments: New Perspectives on Finance and Culture. (Bloomington and Indianapolis: Indiana UP, 2008).
A collection of innovative, interdisciplinary essays investigating the complex cultures that developed around and within the nineteenth-century financial system.

Hilton, Mary and Jill Shefrin, eds. Educating the Child in Enlightenment Britain: Beliefs, Cultures, Practices (Aldershot: Ashgate, 2009).
Posing a challenge to more traditional approaches to the history of education, this interdisciplinary collection examines the complex web of beliefs and methods by which culture was transmitted to young people in the long eighteenth century. Expanding the definition of education exposes the shaky ground on which some historical assumptions rest. For example, studying conventional pedagogical texts and practices used for girls’ home education alongside evidence gleaned from women’s diaries and letters suggests domestic settings were the loci for far more rigorous intellectual training than has previously been acknowledged. Contributors cast a wide net, engaging with debates between private and public education, the educational agenda of Hannah More, women schoolteachers, the role of diplomats in educating boys embarked on the Grand Tour, English Jesuit education, eighteenth-century print culture and education in Ireland, the role of the print trades in the use of teaching aids in early nineteenth-century infant school classrooms, and the rhetoric and reality of children’s book use. Taken together, the essays are an inspiring foray into the rich variety of educational activities in Britain, the multitude of cultural and social contexts in which young people were educated, and the extent of the differences between principle and practice throughout the period.

The essays deal with the evolutionary naturalists, especially the biologist Thomas Henry Huxley, the physicist John Tyndall, and the philosopher of evolution, Herbert Spencer. But they look also at those who criticized this influential group of elite intellectuals, including aristocratic spokesman A. J Balfour, the novelist Samuel Butler, and the popularizer of science Frank Buckland. Focusing on the theme of the limitations of the cultural power of evolutionary naturalism, the volume points to the enduring strength of religion in Britain in the latter half of the 19th century.

Schmitt, Cannon. Darwin and the Memory of the Human: Evolution, Savages, and South America (Cambridge and New York: Cambridge UP, 2009).
A monograph demonstrating how Darwin and other Victorian naturalists transformed their encounters with the South American continent and its indigenous peoples into influential accounts of biological change, race, and the origins of humanity.

Shefrin, Jill. The Dartons  Publishers of  Educational Aids Pastimes & Juvenile Ephemera  1787 – 1876  A Bibliographical Checklist.  Together with a description of the Darton Archive as held by the Cotsen Children’s Library, Princeton University Library & A Brief History of Printed Teaching Aids. (Los Angeles: Cotsen Occasional Press, 2009).
Focusing on the output of a single publishing family, this lavishly illustrated volume brings together for the first time the rich diversity of teaching pastimes and ephemera issued by the print trades in this period. It offers historians of the book, of education, of material culture, and of ephemera a picture of a little explored chapter in the history of publishing for children in England through a comprehensive bibliographic record of the games, pastimes and teaching aids issued by both Darton firms.